John was elected MP for Weston-super-Mare in 2005. His campaigns to make Britain’s economy work for the many, not the few, include the Energy Price Cap (recently successful); making housing cheaper to own or rent by allowing urban owners and developers to Build Up Not Out, and to Make Builders Build; making Britain’s economy more generationally-just and socially-just by creating a UK Sovereign Wealth Fund and a legally-binding Fiscal Rule; and reforming formerly-nationalised utilities (eg energy, telecoms, water, rail) to put customers in charge, rather than politicians, bureaucrats or regulators instead. 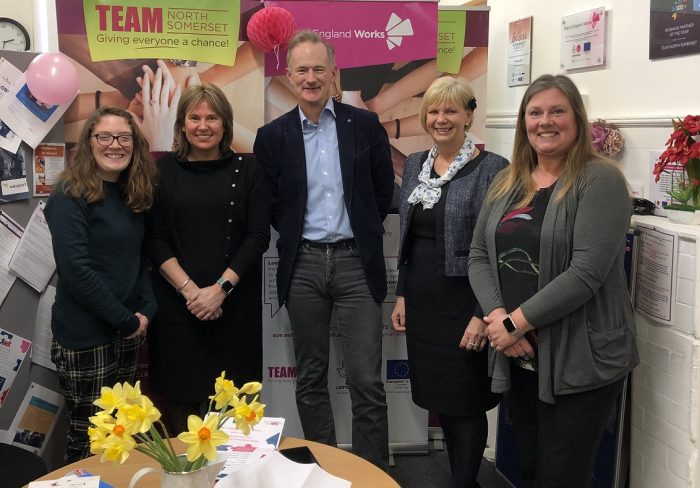 A successful businessman before he entered politics, John has held a variety of posts since he was elected including PPS to Oliver Letwin, Shadow Business Minister, Tourism & Heritage Minister, Government Whip (a move described by The Telegraph as a ‘deserved return’ for a ‘stand-out talent’) Constitution Minister and Northern Ireland Minister.

He is currently the Prime Minister’s Anti-Corruption Champion (for both Theresa May and now Boris Johnson); Chair of Conservative Policy Forum, the Conservative Party’s internal Think Tank (since 2019); a member of the Advisory Board for the John Mills Institute for Prosperity; and has been officially asked to recommend changes to the UK’s post-Brexit Competition and Consumer Regime (the Daily Telegraph described John as ‘an innovative thinker’ and said the report ‘could be a hugely influential piece of work’; it is due out by the end of 2020).

John’s role as the Prime Minister’s Anti-Corruption Champion means arguing for stronger anti-corruption policies in the UK and abroad, and driving implementation of the Government’s 5-year, 130+ action-point Anti-Corruption Strategy. John is leading an international anti-money-laundering campaign for greater transparency about who owns what, in the UK and other countries too, so organised criminals, kleptocrats and oligarchs have nowhere that’s safe for them to stash their dirty cash. 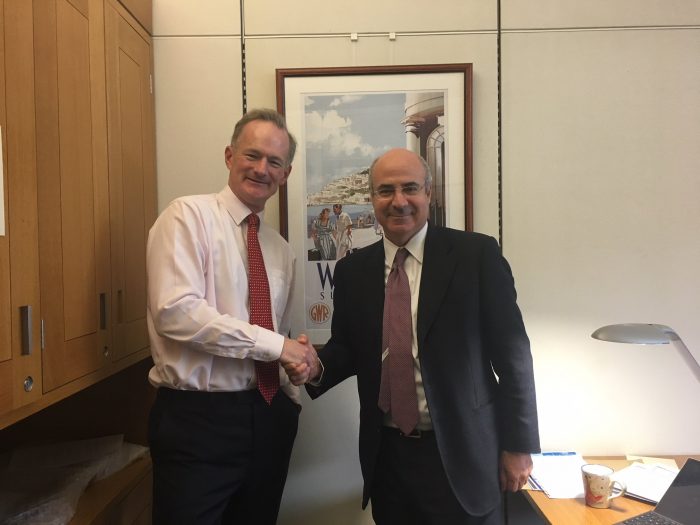 The Champion role was first created when Tony Blair was Prime Minister, in 2004, and is unpaid and voluntary. Anti-Corruption Champions have never had investigatory powers which are, rightly, held by politically-independent law enforcement agencies like the National Crime Agency and Serious Fraud Office, to make sure we never have politically-motivated prosecutions. If you or anyone you know has evidence of corruption anywhere (in Government or outside it) then John would encourage you to send it to these independent law-enforcement agencies or to your local police immediately.

The Conservative Policy Forum is the Conservative Party’s in-house think-tank. It is open to Conservative Party members and sympathisers, and is the biggest and most influential political Think Tank in the country. CPF reports go directly to #10 Downing Street and Cabinet Ministers, and we also organise discussion events, debates, Policy Pitch competitions (a kind of political ‘X Factor’) and Question Time panel discussions. CPF has been growing fast since John became its (voluntary and unpaid) Chair. 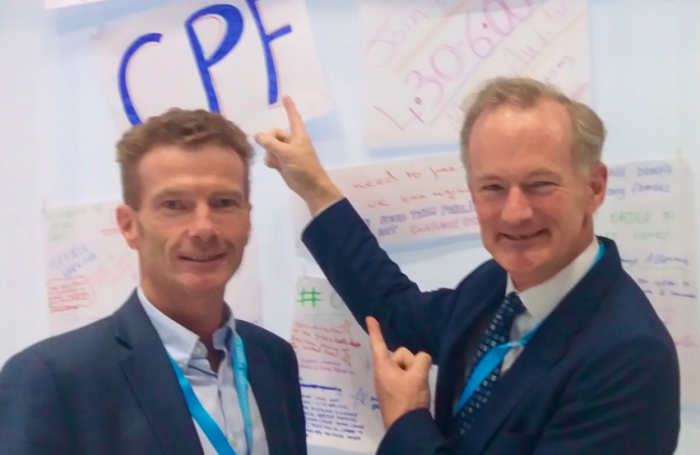 John believes that ideas are the raw material of politics. Whether it’s a burning injustice that’s got to be fixed, or an inspirational vision of how to make the world a better place, good ideas can build new societies; outlast elections, Parliaments and Prime Ministers; leap national borders and change entire countries. He would encourage anyone who is interested to join CPF at: https://www.conservativepolicyforum.com/

John is currently a member of the Advisory Board of the John Mills Institute for Prosperity, a cross-party think tank which exists to ‘Increase prosperity, growth and equality by putting a more successful economic future at the heart of British political discourse’. The Advisory Board’s members are all honorary and unpaid, and share a passionate commitment to the Institute’s mission but, because of the breadth and range of their political views, they are not expected or required to agree with every individual idea the Institute proposes. 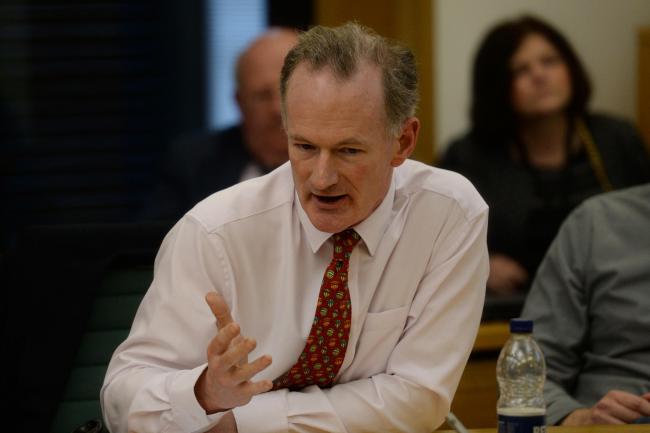 John was previously on the Advisory Board of ‘1828’, a think tank run by students at University of London. As with the John Mills Institute for Prosperity, the role was honorary and unpaid, and the 1828 Management Board said: “1828 is an opinion platform that doesn’t take an ‘institutional’ view. The members of our advisory board do not agree with every article that is published – but rather support the goal of 1828 , which is ‘to champion freedom.’ Any article that is published are the views of the author and not 1828”

John delivered English Votes For English Laws, more powers to the Scottish, Welsh and Irish Governments, and crucially the EU Referendum Act. He also initiated the Boundary Review, cleaned up voter rolls, to make sure they only include valid electors, and kicked off a wide-ranging ‘automatic voter registration’ project to get more people to register and use their vote. 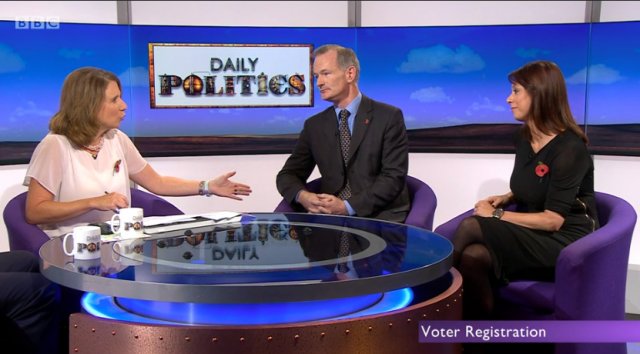 Hailed as ‘a GREAT tourism minister’ by VisitBritain, John wrote and implemented the Government’s Tourism Strategy and was Minister at the time of the Queen’s Diamond Jubilee, the London Olympic and Paralympic Games and as the tourism industry was one of the fastest-growing sectors of the British economy. 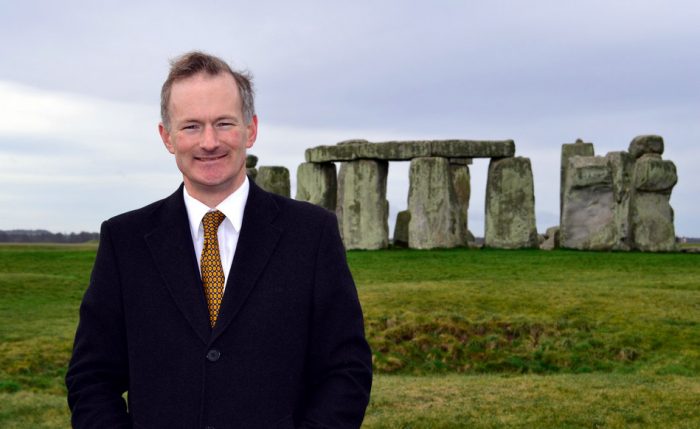 John also began the process of turning English Heritage’s properties (Stonehenge, Dover Castle, Tintagel and many others) into a second National Trust; removed silly red tape licenses on live entertainment; sold the Tote bookmaker; protected the Lloyds of London building with a ‘Grade 1’ listing and much else.

‘an excellent minister’ – Business In Sport and Leisure [link]

‘a champion for heritage’ – The Council for British Archaeology [link]

Before Parliament, John had an extensive and successful business career working firstly for blue chip firms like J P Morgan (risk management on a bank trading floor); then McKinsey (strategic management consultancy); Thompson (academic book publishing) culminating at Pearson PLC (Managing Director of Longman’s schoolbook publishing operations) before striking out on his own in a Management Buy-Out (MBO) of Logotron (educational software for schools), later adding Widgit (special needs software for children with dyslexia). He also helped found Credit Market Analysis (publishing credit data for financial firms) which was sold to the Chicago Mercantile Exchange and is now part of Standard & Poors. 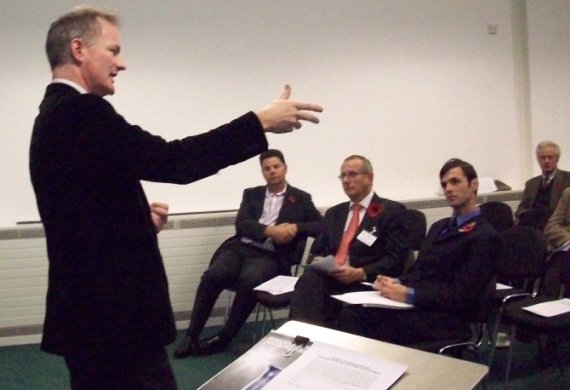 Because of his business career, John was a latecomer to politics. He ran Cambridge University’s Charity Appeal (raising a record amount of money, mainly to help starving children in Africa) rather than getting involved in student politics or debating societies and only became actively involved later. He joined the Party in London’s East End before coming a distant second in Ealing Southall (a safe Labour seat) in the 1997 General Election.

In 1998 he was in charge of research for the Bow Group, a long-established and highly-respected Conservative think-tank where he commissioned and published papers on Reforming the House of Lords, Human Rights, Reforming Europe and recruiting more Conservative women MPs. He was also the author of an influential pamphlet ‘Member’s Rights’, which called for Conservative Party members to elect the Party’s leader: shortly afterwards the Party adopted this approach.

In the 2001 General Election he nearly won Weston-super-Mare back from the Liberal Democrats, losing by just 338 votes after a recount, but finished the job at his second attempt in 2005. 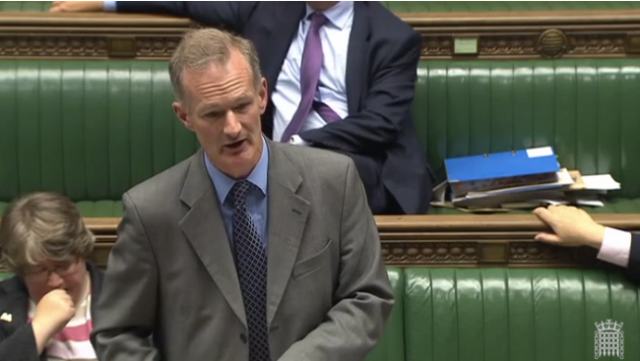 John campaigning for Weston in Parliament

After becoming an MP, John joined a Select Committee scrutinising the Labour Government’s performance on Work and Pensions. He wrote an annexe to the Committee’s report on Benefits Simplification, outlining a radical new structure for the benefits system which largely matched the Coalition Government’s new Universal Credit a few years later.

John then helped Oliver Letwin (as his Parliamentary Private Secretary, or PPS) on the Conservative Party’s policy review, including the draft Manifesto for the ‘election that never was’ when Gordon Brown became Prime Minister in 2008. John then became a shadow business minister in Ken Clarke’s team, where he wrote the Party’s policy on cutting red tape and quangos (details here), including ‘one in one out’ regulatory budgets, and unexpectedly became a huge fan of Vince Cable when he confirmed it as Government policy just days after the coalition Government was formed in 2010.

The son of two teachers, John has lived in the constituency for almost 20 years, in the village of Winscombe. His father was brought up in nearby Timsbury, and his grandfather taught in Midsomer Norton. John married Dido Harding in 1995 and they have two young daughters. 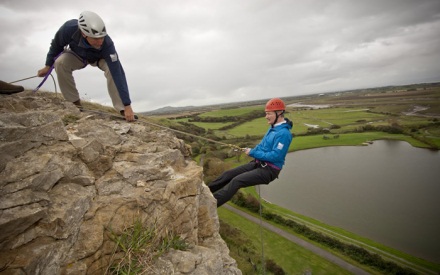 Being an MP isn’t just meetings and speeches

John is a member of Amnesty International and on the rare occasion that he isn’t working, he enjoys fishing and beekeeping.

John’s education was entirely state-funded, starting with a Church of England Primary school before winning a state scholarship to Ipswich School and then a place at Cambridge University to study law. The only exception was his MBA at Columbia University in New York, which he paid for himself.

He is involved in many local community initiatives – you can find more details of his campaigns for local people on Drugs & Crime, Local Health Funding, Local School Funding and Regenerating Weston. 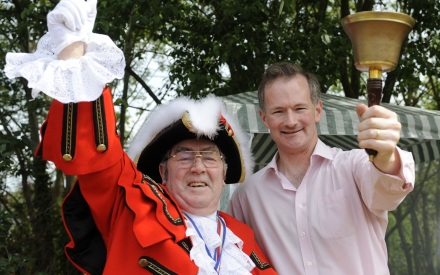