This article was first published by The Sunday Telegraph on 26th May 2019.

Now the Prime Minister has announced she is standing down, its clear that Downing Street will have a new tenant sometime fairly soon. What kind of person should they be?

Firstly, they’ve got to be a healer. Not just of Westminster’s fractured politics, but of Britain’s divided families and communities too. The referendum left deep scars and, once we’ve finally left the EU, we’ve got to bring remainers and leavers back together.

That isn’t just the arithmetic of what it will take to win a Conservative Party leadership election, although the winning candidate will certainly need support from both sides of the referendum divide rather than just one. It means that candidates will need an inspiring, hope-filled vision of Britain’s post-Brexit future, rather than picking bitterly over the bones of the past. To unite the country, they will have to transcend their referendum history, not let it define them.

Which means they’ve got to be positive. Everyone knows that Brexit will be a watershed moment, no matter what kind of deal we leave with. There will be plenty of risks and downsides, but quite a few upsides too. But if we spend our time mourning what we’ve lost once we’ve left the EU, we will never spot and grasp any of the new opportunities as they come along. We can’t afford to mope around like teenagers who’ve lost a girlfriend, or Eeyores convinced it’s all going to be a disaster. We’ve got to move on. Otherwise we will make sure Brexit fails, whether it had to or not.

So they’ll have to be radical too. A moment of enormous change and global opportunity means we will need big, bold, generous ideas. If we think too small, or aim too low, our achievements will be timid and tiny too.

They’ve got to be international. I’m always struck how, on everything except Brexit, most people – and this includes current Tory MPs as well – think so incredibly similarly about ‘abroad’. Everyone wants Britain to be a modern, outward-looking, free-trading, strong and active global citizen, whose people see the world as full of opportunities and wonder. Not a backward-looking, inwardly-focused place that’s suspicious of foreigners and whose best days are behind it.

The best candidates will show they understand that Britain’s economy simply hasn’t been working for most of us since the 2008 banking crisis, and needs urgent reform. Theresa May got this, and lit up British democracy when she first stood on the steps of Downing Street and promised to fight ‘burning injustices’. But Brexit has overshadowed everything else, so there’s still lots more to do. 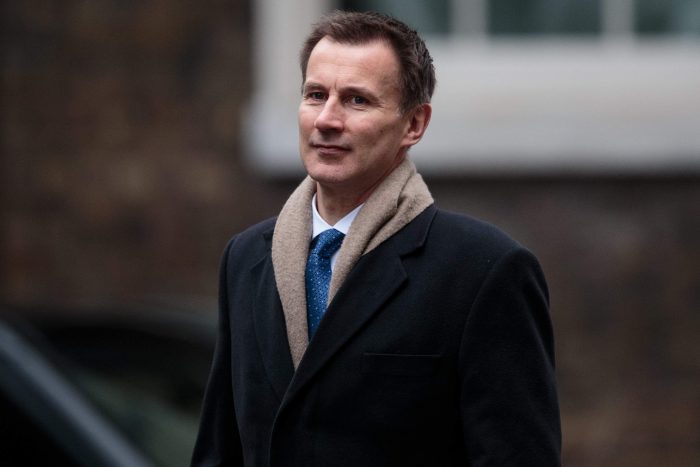 So the next Prime Minister will need to give a big post-Brexit boost to issues like making housing more affordable to rent or buy, so the system isn’t stacked against anyone under 35, or stopping rip-offs by big businesses too. And they will have to be a brilliant communicator and campaigner, capable of persuading everyone from millennials to pensioners, and the richest to the least well-off, that the answers to these problems lie in modern, digital, open, free-market wealth-creation industries. Not in renationalised, politicised, uncaring bureaucracies from the 1970s.

It’s quite a list. But it’s quite a job. Fortunately we aren’t short of talent, so there are plenty of credible candidates who could deliver many of the things on this list. But, for me, one of them stands out. The Foreign Secretary Jeremy Hunt is as international as they come, with a multi-racial family and a fluent communicator in several languages. As a former remainer who fervently believes we’ve got a democratic duty to deliver Brexit, he’s perfectly placed to heal those post-referendum wounds. But he’s also a successful entrepreneur who started small and built big, so he’s excited by the kinds of bold, radical ideas that post-Brexit Britain will need, and understands we’ve got to fix the rip-offs and unfair rules which leave so many struggling families or plucky smaller businesses feeling ignored or left behind. And he knows that there’s more to life than money too; the reason we need a vibrant, fair, modern economy isn’t just so everyone can get rich – although there’s nothing wrong with that, of course – but so we can afford the kinds of world-class public services, from top-quality healthcare, to brilliant schools and police, that a world-leading country like Britain should expect.

We’ve got to think long and hard about who we want sitting round the table with the EU striking deals for us at 4am in the morning: ask yourself who has the negotiating skills, diplomatic touch and entrepreneurial flair to extract the compromise that we need and the answer becomes obvious. Just ask the treasury who coughed up £20bn for the NHS in the face of Hunt’s steely negotiating tactics.

If he wins, we’d have two Jeremys at the top of British politics. But there the similarities end. I know which one I want in charge of our country.